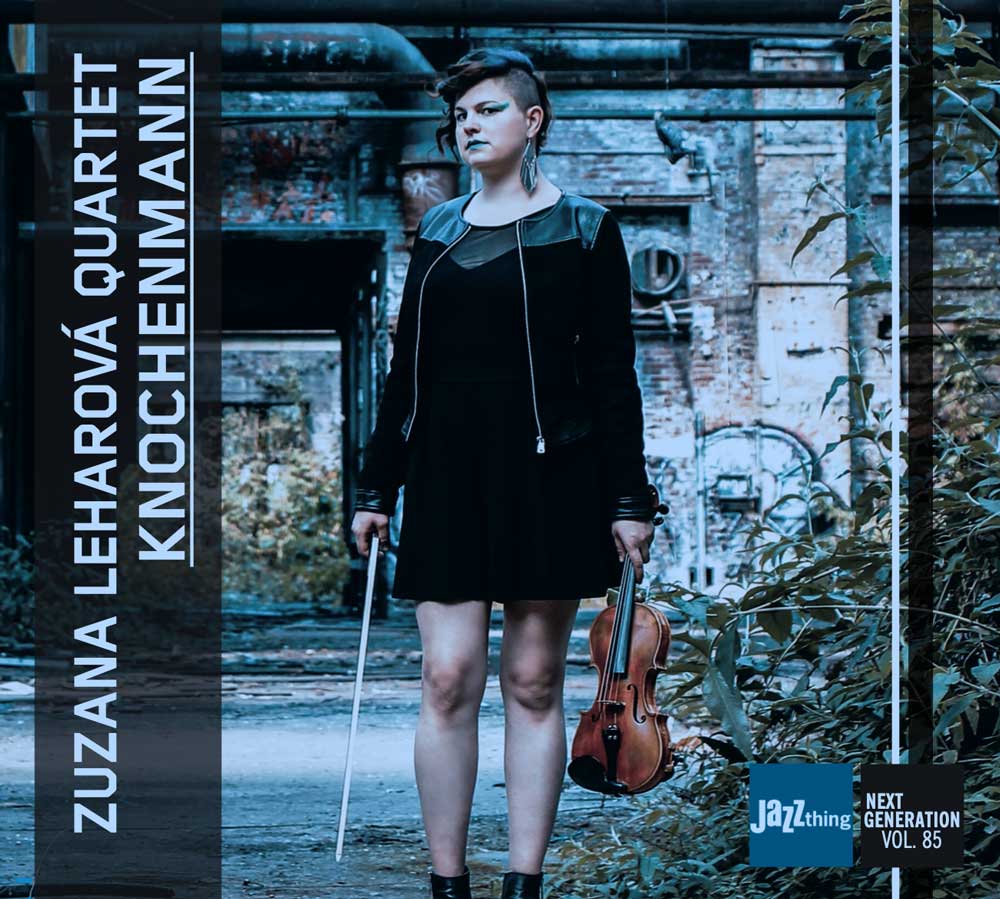 Get my debut album

The violin and jazz: despite outstanding protagonists such as Stéphane Grappelli, Jean-Luc Ponty and Regina Carter, it has always been a not-so-fervent love affair. With violinist Zuzana Leharova, however, for the first time a member of the Jazz thing Next Generation is now trying to make the carefully cultivated prejudices vanish into thin air with a stroke of her bow. The means she uses could hardly be more authentic. Born in Slovakia, Leharova has Austrian citizenship, but lives in Cologne. An unorthodox, extremely exciting mix of origins and stylistic influences, of identity search and belonging, of adventure and resoluteness that shapes her music and violin playing every second.

“Since violinists generally have a classical education background, to quote jazz violinist Mic Oechsner it is not so easy to ‘throw all values of violin music overboard’,” Zuzana Leharova believes. For example, this would include a “big” sound or vibrato, but above all the generation of tones. To get away from the traditional state of affairs, a different bow technique is needed. And above all, courage. Zuzana Leharova proves this with her debut CD “Knochenmann”, the title of which was borrowed from the detective film of the same name starring Josef Hader and adapted from the Brenner book series. The bizarre, typically Austrian atmosphere of the film, marked by a lot of black humor, had a lasting influence on the ten songs that Leharova recorded with trumpeter Bastian Stein, pianist Constantin Krahmer, bassist Joscha Oetz and drummer Nils Tegen. The result is a whirring, eccentric, brightly colored collection in which the violinist created a platform for her personal sources of inspiration: Wayne Shorter, Carla Kihlstedt, Zbigniew Seifert, Mark Feldman, Bach, Eugène Ysaÿ, Beriot, Arvo Pärt or the grunge of the 1990s, which could easily be located at the Vienna Central Cemetery. The reason for the latter is that the Knochenmann (trans: “boneman”) is known to enjoy celebrating wild parties with the living and the dead. “Extremely oriented to home,” Zuzana Leharova laughed.

For the violinist, however, the pieces also build a bridge to another of her countries of origin, namely Slovakia. This is reflected in some song names as well as in the melodic, folkloristic themes. For example, “Páslo Dievca Pávy” means “peacock girl belt”, “Pokúšenie” can be translated as “temptation”, while the sad morbid “Rozlúcka” can in principle only be called “farewell” even without knowledge of the Slovak language. It is equally obvious that her current Cologne domicile has also had a lasting influence on the sound of “Knochenmann”. “The scene has a strong influence on me because I am involved in new projects here time and again, playing in band line-ups that have to do with jazz, but not necessarily so. Again and again, I meet well-known or unknown musicians from different fields such as free improvisation or sound art. These encounters inspire me and broaden my horizons. I then think less in categories, but simply incorporate ideas and experience.”

Three influences that could hardly be more different. And yet they produce a conclusive checksum, which, when you are enjoying the CD, increasingly points to the unmistakable personality style with which the newcomer wants to stage herself and her exotic instrument. At some point, Zuzana Leharova hopes that no one will turn their nose up any more when a violin appears in the line-up of a jazz band. There are far more technical possibilities nowadays to use the instrument in such a way that it sounds good or creates a sound that you can be satisfied with. A significant difference from the past, because many of the old violin recordings did not sound so great, technically speaking. “I have the impression that nowadays many more violinists are underway and are looking for new musical or compositional ways to focus on the instrument in jazz.” It is quite possible that Zuzana Leharova and her “Knochenmann” have opened a door for them.